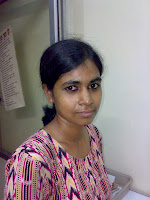 Com. Shalini was a hard-working, young communist organiser with a rich experience of eighteen years of difficult and turbulent political life full of ups and downs. She was unwavering in her belief in communism and had always been tenacious and hard-working like a labourer in her political work. Many have shown their backs in the battlefield since then. Many have comprised, left the ranks to wallow in the mire of decadence, settling in cozy nests, even preaching pragmatism to others or becoming peddlers of opportunist politics. None of these could ever affect Shalini who remained resolute on her path.She passed away on March 29, 2013 after a fighting valiantly with Metastatic cancer.
Click Here to Read More 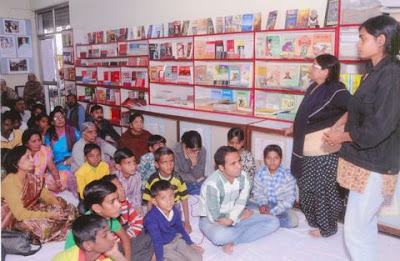 Comrade Shalini's political life began in her teens, when in 1995 she went from Lucknow to Gorakhpur to participate in a month-long cultural workshop and a three-day Shaheed Mela (programme organised in memory of the martyrs) . After this, she started living in a commune with young woman comrades in Gorakhpur. Shalini worked on the women's front, cultural front and the student's front while she was in the commune for three years. Meanwhile she completed her Masters course in ancient history from the University of Gorakhpur. She had already decided in 1995 to work as a fulltime revolutionary worker.
During 1998-99, Shalini moved to Lucknow and started participating in the publication of Marxist literature from Rahul Foundation and other activities. From 1999 to 2001 she looked after the Janchetna bookshop in Gorakhpur, regularly organising street exhibitions, door-to-door campaigns and various other things to promote pro-people literature. She worked as the incharge of the Janchetna centre in Allahabad from November 2002 to December 2003. Since 2004, she has been looking after the responsibilities of the central office and book shop of Janchetna in Lucknow. Apart from this, she has also been assisting in the publication activities of Parikalpana, Rahul Foundation and Anurag Trust. Along with looking after the activities at the main offices of Anurag Trust (library, reading room, children's workshops etc.), Com. Shalini cared for the veteran activist and main trustee of Anurag Trust, late Com. Kamla Pandey with the affection and dedication befitting a true communist. When in 2011, it was decided to build the central library of the Arvind Memorial Trust in Lucknow, it was again Shalini who handled the main responsibility.
she was the president of the society who runs Janchetna Books, member of the board of trustees of Anurag Trust, executive member of Rahul Foundation and a director of Parikalpana publications. It is noteworthy that besides shouldering all these departmental responsibilities, Shalini had also been an active participant of general political propaganda activities and agitational actions as much as possible.
Com. Shalini was a hard-working, young communist organiser with a rich experience of eighteen years of difficult and turbulent political life full of ups and downs.
...She never looked back or compromised once she decided her goal in life. Even when her father degenerated due to his vested interests and class arrogance and started a campaign of slandering and character-assassination, Shalini completely broke her relations with him without a second's delay. The firmness with which Shalini made a decisive rupture with all property relations despite coming from a usurer, trader and landlord family and the earnestness with which she adopted communist values, are rare and exemplary today.
Shalini was battling with pancreatic cancer since last 3 months. It was in the second week of January in Lucknow that she was diagnosed with cancer. She was immediately rushed to Delhi where it was learnt that the cancer is in the fourth stage and she was also suffering from bone metastasis, i.e. the cancerous cells were spreading to her bones as well. Since then she was being treated in Delhi's Dharmshila Cancer Hospital. On 29 March, she passed away in this very hospital. She was only 38 years old.

(A Revolutionary's Will)
– Shalini 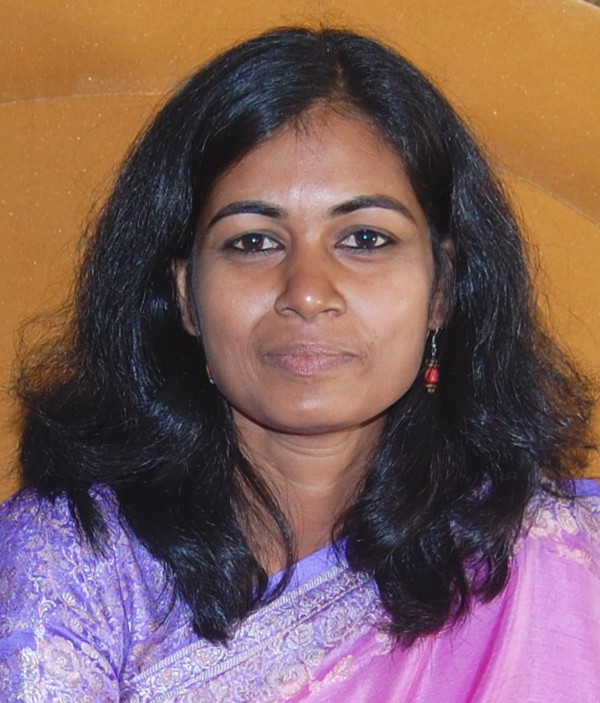 Communists fight every battle with all their might.
I know – metastatic cancer is a deadly disease
So I am fighting it with all my willpower.
I want to live my life to the fullest and I do believe
That my will to live will defeat even death
And even if it does not happen
I will prove in any case that
True revolutionaries neither give up in the face of hard times
Nor surrender before death like a coward.


I believe in my determination and combativeness
And I know that I have to win this battle and
Return to the front, to hold which till my last breath
Is a commitment made to my soul.
So, there is every possibility that this last wish of mine,
This ideological testament of mine
Might become meaningless tomorrow,
But even after fighting valiantly till the last breath,
Like a true communist,
If I have to fall,
I want to leave this letter of my last wish
For my comrades and friends.

I know I have to defeat cancer.
I have the love and pain of my comrades with me.
I have to get back to rejoin the ongoing war against capital
On my front, for the sake of coming generations.
But if this is not going to be possible,
My comrades will ensure that
My body is untouched by the dirty hands of those
Who threw dirt on our red flag
Who vilified and slandered against our experiments
Built through hard work and sacrifices of numerous comrades,
Who defamed 'Janchetna' and our publications
By saying these are profit-churning enterprises, even though they know the truth.
The vermin must not be allowed to come near my body
Who indulged in the filthiest mudslinging against us and tried their best to spread
Poisonous fumes of suspicion and distrust among communist ranks
To cover up their own degeneration.
These deserters who fled to hide in their dens in the hard times
Shamelessly talk of principles.
Some are degenerate opportunists who still run political shops
To satisfy their egos and make a living.
This abominable gang has even used death and disease of comrades
As a political weapon to target us.
Even my filthy rich father is a part of this gang
Who blinded by his class arrogance and vested interests
Has tried everything possible to damage our work,
He has his own class commitments
And he will never change.
Comrades! You all must ensure
These people must never come close
To my body even after I am gone,
This is my last wish.


Comrades! I am not a daughter of working people.
I was born in a family of
Usurers, traders, landlords, parasitic moneybags.
As I gradually imbibed the spirit of communism,
I tried to think of myself as a daughter of working class,
And tried to work like a labourer on the revolutionary front.
I don't know how much I have been able to pay back the people's debt,
How much sins of my ancestors I have been able to wash away –
This will be judged by the coming generations.
I can only assure that
I have never thought of going back home,
I was never attracted by the idea of settling in a cosy nest,
And back away from the storms.
Like a normal communist
I too have had natural human weaknesses,
And even some class weaknesses inherited from my background.
I do not claim that I was never touched by pessimism,
Or I never had any grievance with my comrades,
But I can assure that I have always got satisfaction and happiness
In my efforts to become a better communist,
I love my comrades more than anything in the world
And trust them wholeheartedly
And I still love life with all my heart
And I want to live as much as I can.


That's why, I believe that victory will be mine
The cancer is bound to be decimated against my communist resolve
In this fight against death.
But I am ready like a true communist
To face every adversity
And that's why I am writing down my heartiest wish
That if I lose out in the battle of life
My body must be wrapped in our cherished red flag
And then it must be donated to a government hospital or medical institute
For the purpose of scientific research or to donate organs to poor and needy patients.
I will legally assign the responsibility for this to two of my comrades.
If this is not possible for any reason
My body should be taken to an electric crematorium
On the shoulders of my comrades
And my last rites must be performed without any religious rituals
With raised fists and the International being played.
It must also be ensured
That none of the degenerate renegades must be allowed to join
They must not be allowed to come near my body.
I know, those who say even today
That I have been "brainwashed" (which is the biggest abuse for me),
Will not refrain from using my death for their dirty politics,
Thus, it is necessary
That I write down my wish in clear terms.


Comrades! I do not await death
But to get back to my work.
Cancer can be defeated by
Positive attitude and firm resolve
And all possible treatments are going on.
But still if I am unable to return to my front,
There is nothing to worry,
I will remain present in your thoughts and determinations.
I know, you will turn grief into strength
To make up for my loss.
You can turn one into a hundred.
We have to save the children! Save the dreams!!
We have to wake up forgotten ideas,
And explore new thoughts!
We have to recruit new soldiers
And make the people realise once again
That they are the makers of history.
I may or may not be with you,
But this fight will go on, till victory comes.
The caravan will keep on going, until it reaches our destination.